On March 24, Lexmark announced its plans to acquire software and solutions provider Kofax. A little more than a week later, on April 7, the company announced a new corporate brand and logo. The two news items, taken separately, are interesting. Together, they signify a critical new direction for the Lexington, Ky.-based company that many still refer to as a hardware manufacturer.

It is exactly that designation that Lexmark is working to move away from, and has been for some time, although never as significantly as it has this week. It’s a common issue for hardware OEMs; companies such as Ricoh, Xerox, Konica Minolta, HP, and others, historically known for their copiers or printers, have been making moves into the solutions space through acquisitions, business shifts, and other moves that have helped create diversity and attempted to shift consumer perception.

Lexmark has been changing up its business for some time, most notably with its acquisition of Perceptive Software in 2010, which allowed the company a real toehold in the ECM space. Another significant move for the firm, however, was its exit from the inkjet business in 2012. As it moved away from the hardware-and-consumables model, at least on the lower-value inkjet side, and further into the software business through acquisitions such as Saperion, Clarion and ReadSoft — for which the firm engaged in a heated bidding war in 2014 — Lexmark made its mark further into the software business.

As the printing market continues its [choose your word here: shift, decline, death march, evolution], the business of changing strategies has become ever more critical to those with their basis in it. Lexmark’s financials certainly tell the tale, as its so-called “Higher Value Solutions” portfolio, which includes Perceptive Software as well as its MPS business, has brought home the bacon, accounting for 30 percent of the firm’s total revenue in FY 2014 (see our Analyst Corner on Lexmark’s Q4 results for more).

Tuesday’s rebranding announcement from Lexmark was interesting for a variety of reasons aside from the new logo and tagline. The firm also announced that Perceptive Software, a name that Lexmark has kept since the acquisition, will now go to market as Lexmark, although the names of the software itself — Perceptive Content, Perceptive Intelligent Capture, and Perceptive Search, for example — will retain the Perceptive name. One of the first public appearances of the new Lexmark software brand was announced the next day, with the debut of Lexmark Healthcare — formerly Perceptive Software healthcare solutions — at the HIMSS Expo. It’s a bold step, really, declaring the Lexmark name as enough to signify software.

Also interesting is the complete change in the company’s logo (see it here). Many rebranding efforts have incorporated some elements of the prior brand, but Lexmark’s appears brand new, in spite of the public relations claims that its new graphic element is evocative of the old diamond — the exact words from the press release are that it “evokes the clarity, value and durability of the traditional Lexmark diamond, evolving to an aperture, which represents the broader offering – a portal to insight, a means of focus.” (There are many reasons I don’t work in advertising. This is one). Further expanding on the changed logo, the press release states “The green palette is fresh, vibrant and approachable, representing Lexmark’s strength, focus on sustainability and growth as well as our commitment to earning ‘customers for life.’ The new typeface lends a modern, clean look and features angles that precisely reflect the aperture.”

Mad Men-speak aside, the old and new logos couldn’t be more different, and even the use of green is something new in an industry filled with red and blue. It’s a clear statement by Lexmark that the company is making an identity change.

Will the changes be enough for Lexmark to reinvent itself? To fulfill the promise of its new tagline, “Open the possibilities”— which its press release says “invites customers to engage with Lexmark to open up greater opportunities for success with our broader technology and solutions portfolio.” It’s a lot to ask of a logo and a tagline, but the moves behind the press — the Kofax acquisition, a $1 billion investment (still not final) to double its ECM business; the battle for ReadSoft; the shift to higher value solutions — seem to indicate the onetime IBM spinoff is ready for some serious change.

Amy Weiss, vice president and editor-in-chief of BPO Media, has more than a decade of experience in publishing. Her background also includes public relations, television and radio, as well as more than 20 years as a freelance writer and editor, with work appearing in numerous print and online publications. 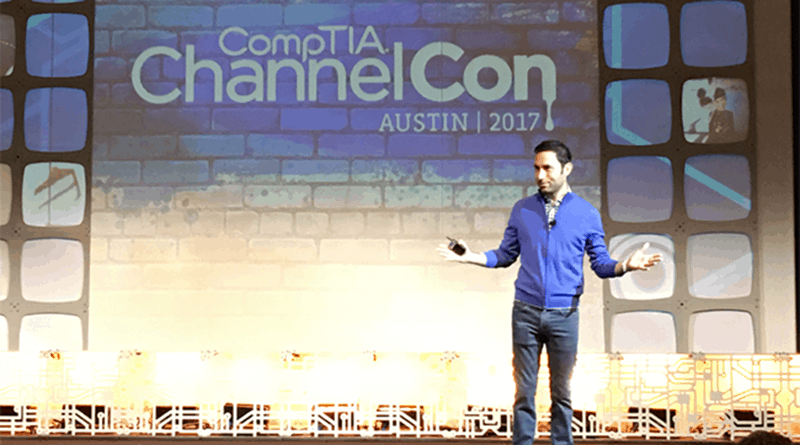 Data and Security in the Modern Age

Tale of Two Tablets – Incrementalism Versus a ‘Whole New Thing’