Are you pushing the same boulder up the same hill day after day?

In my career, I’ve been surprised by the amount of well-meaning, but wasted effort I’ve witnessed as people strive to accomplish important business goals, and by how often we simply do the same things over and over hoping for a result that never comes. (Make no mistake … I’ve done it too!)

Roman mythology tells the story of Sisyphus, who is consigned to hell with a miserable task. His story is instructive for modern workers as we struggle to know when to let go.

In her classic book, Mythology[1] , Edith Hamilton explains the story of Sisyphus.

“Sisyphus was King of Corinth. One day he chanced to see a mighty eagle, greater and more splendid than any mortal bird, bearing a maiden to an island not far away. When the river-god Asopus came to him to tell him that his daughter Aegina had been carried off, he strongly suspected by Zeus, and to ask his help in finding her, Sisyphus told him what he had seen. Thereby he drew down on himself the relentless wrath of Zeus. In Hades, he was punished by having to try forever to roll a rock uphill which forever rolled back upon him.”

As punishment for annoying Zeus, Sisyphus is given an impossible, unending task. What are your impossible, unending tasks? Perhaps you’ve been pursuing the same prospect for years and hesitate to consider the deal “lost” even though they’re unlikely to ever make a purchase or have started working with someone else. Or you may be using the same diet to lose those last 10 pounds even though the scale hasn’t moved in months.

One has to wonder:

There is a delicate art to knowing when to let go of something, whether it’s a job, project, goal, or even a friend. We cling to the belief/hope that our next step will take us to the summit and our boulder will miraculously remain in place. Like Sisyphus, however, many of our projects start over at the base of the hill each morning. We can all agree that it’s miserable to endlessly continue to pursue something when it’s really not working. At some point, we need a new hill, rock, or destination.

So, how do you know when to let go? The following questions can be a useful test to help you determine when it’s time to make a change.

Does it still make sense financially?

One way to do so is to quickly estimate the financials. You likely know the target dollar value of the objective you’re after, since it was considered during your project prioritization efforts. Take 30 minutes to estimate the sunk cost of your past efforts. Be sure to include the value of your time as well as anyone else involved in the project and any materials or other resources consumed. If the cost of getting the result outweighs the value of the outcome, stop pursuing the project. You’re losing money!

Years ago, I worked for a company whose salespeople would continue to pursue deals they’d discounted so far that the overall lifetime value of the contract no longer offered any profit compared to the cost of winning the business. Our sales team, however, couldn’t let go of the prospects, because they’d formed relationships and put time and energy toward the goal of winning the business. It got so bad that ultimately, the CFO had to step in to order the VP of sales and his team to stop pursuing upside-down contracts that were actually costing the company more money than they generated.

What was the purpose of this project?

When effort continues over a long period of time, the project tends to creep into something that barely resembles your initial purpose. Sometimes it’s due to new, only slightly related tasks getting added. Other times the project morphs over time because you’ve forgotten what the initial intent was. Regardless of how or why, if current efforts no longer drive you toward your initial desired objective, it’s likely time to stop pushing that rock and re-evaluate.

You may decide to continue pursuing your current tasks because they are relevant to a new valuable goal. Or, you may need to prune out irrelevant tasks so that your project team is tightly focused on high-value strategies that lead to attaining your objective. Finally, you may simply want to move on to something else. In some cases, you’ll discover the company’s priorities have changed, so your initial purpose is no longer relevant and the project should be discarded.

What have I learned through my effort so far?

Some projects are worth pursuing because we learn something important along the way even if we never reach our desired objective. In my experience, however, these are rarely helpful at work where we’re constantly under pressure to produce strong results. As you reflect on your project, consider what you may have learned about your goal, capabilities, or project from the expended effort. If you’re able to leverage that learning into project completion or achievement of targeted results through new methods, then press on. If you can’t leverage learning into new strategies and you’re still not getting to the top of the hill, it’s likely time to stop pushing and work on something else.

Am I finding joy while working on it?

Don’t forget to listen to your own emotions. Do you want to continue? Do you have sufficient willpower? Are you even enjoying what you’re doing? For many of us, our happiness dwindles as we expend more and more effort only to realize we’re no closer to achieving our goal. Frustration diminishes emotional control, which in turn burgeons into depression and anxiety. The longer this cycle goes on, the harder it can be to pinpoint the cause, so we continue mindlessly and unhappily pushing away at our boulder. Just stop! If you don’t want to continue, don’t. Make a change that reinvigorates your efforts. While you may not be able to throw the project away, very few tasks have only one way to be performed, and you can often swap responsibilities with team members to find those that are more interesting and joyful for you.

If you find yourself miserably pushing the same rock up the same hill over and over yet never quite reaching the summit, it’s time to reevaluate your situation. You may need a new rock, a new hill, or a new goal.

Albert Einstein is famously credited with defining insanity as “doing the same thing over and over and expecting a different result.” Get back to working smarter and find more joy in the day-to-day by learning when — and how — to let go of unproductive effort. When you do, you make space for better results for both you and your business. 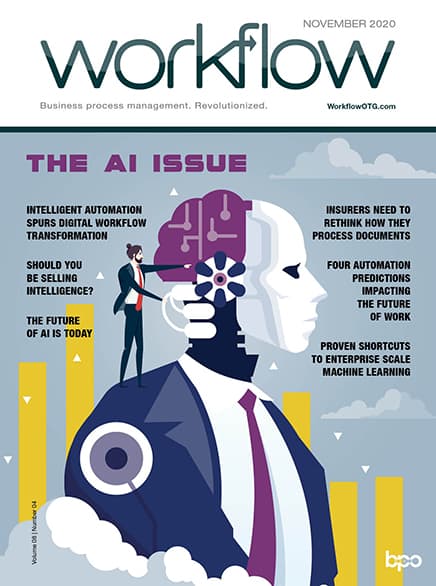