Kofax recently bought Nuance Document Imaging, bolstering its leadership in intelligent automation technologies. That presented a perfect opportunity for Workflow magazine to sit down with CEO Reynolds Bish. This is not his first encounter in the SpeakEasy, and I suspect it will not be his last. Join me!

There has certainly been a lot going on at Kofax since the last time you and I spoke!

We’ve been through a lot of disruption and turmoil over the last three years, starting with when we sold Kofax to Lexmark, only to have Lexmark say that they wanted to sell themselves. Then a consortium of Chinese investors bought Lexmark, and they immediately came to me and said “We have no interest in the software business. Will you work with us to carve it out and sell it off?” Which we did. We were actually very happy to see Thoma Bravo win that sale process because we’ve known them for a long time and were very comfortable with their approach to investing in companies.

But then, we had to bifurcate the Lexmark enterprise software business. Perceptive went over to Hyland. We kept ReadSoft and Kofax.

Thoma Bravo has an impressive portfolio – are you able to benefit from some sort of “knowledge transfer” or synergy with other holdings they have?

Thoma Bravo manages about $30 billion — they have a variety of funds, and the funds then own each of the portfolio companies.

Because of having owned so many enterprise software businesses, they developed an excellent database of benchmarking information that can be very useful in helping us and others to compare ourselves to other companies. When things get out of whack, we can look into how we can improve that part of our business. That and some of their operating partner advice has given us great exposure to all kinds of useful information. It has really helped us improve our business.

The other value is that Thoma Bravo only invests in enterprise software businesses. There are also synergies with other holdings that they have, and we’ve had a number of conversations and have some things in flight today that we’re collaborating on. There are excellent opportunities around us reselling some of our products on an OEM basis, or in some cases, us reselling some of their products on an OEM basis.

It’s very easy to open those doors and start those conversations and we’re all motivated to do what’s best to grow the business.

And now you also have the Nuance Document Imaging Division.

Nuance fits right within that too. That’s part of the overall portfolio. It’s very synergistic with what we do. We have a lot of the same resellers. They actually open the door to more MFP manufacturers which we historically haven’t done business with.

It’s roughly $215 million a year in revenue and solidly profitable, and there are about 700 employees around the world. I’ve tried to buy that business for eight years! It took new leadership at Nuance to make some different strategic decisions and they recently initiated a formal process to sell it. We were one of several bidders in the process and were fortunate enough to win it.

What do you wish you had right now that you don’t currently have?

Acquiring is in our DNA. Thoma Bravo is very supportive of it. We’re very profitable and we spin off a lot of cash flow so we have additional borrowing capacity. And if need be, we can even raise additional equity. There are two areas that we’re interested in right now. There are some independent players in the capture business. The Nuance Document Imaging group is the biggest one, but there are some others out there. So we will continue to look at opportunities in that area. Our capture business continues to be a very large, very profitable business that spins off the cash we can then use to pursue other areas of expansion and grow our business faster. It’s a very important part of our business. And if we can continue to consolidate that, it becomes even bigger, even more important and even more profitable.

The other area that we’re interested in is the robotic process automation marketplace. We were fortunate enough to have acquired a very competitive product in this area back in 2013. At the time, I don’t believe anyone was calling it RPA.

We’re doing very well with it. Like every other early-stage enterprise software business, it’s highly fragmented. There are some leaders that are bigger, but there are a whole lot of smaller firms in the market. As the larger players get bigger and raise more capital and are more aggressive in the marketplace, the smaller ones are going to have an increasingly difficult time remaining independent and competing. There’s some opportunity for us to drive consolidation in this sector.

People tend to think the current large players are going to leave everybody else in the dust. But frankly, that’s not how it happens in the enterprise software market. They’ve continued to have multiple larger competitive players in the marketplaces. You can look at ECM, you can look at BPM, you can look at database businesses.

Even in the case of DocuSign, for example, you would think they dominate the market in electronic signature, but in fact, they don’t. If you look at the Forrester Wave for that sector, it continues to be pretty fragmented.

This is going to continue, and that provides a lot of opportunity for the future. Since we already have a presence in the marketplace and have a competitive product, and are growing rapidly, and because of our financial structure and profitability, we’re uniquely positioned to drive some of that.

So who’s your evangelist on the RPA side?

We brought a new Chief Strategy Officer into the company last August. His name is Chris Huff. Chris previously worked at Deloitte and developed their RPA business in the public sector.

What are you investing the most in within the company this year?

We have really reinvented the business. We’ve also updated our whole go-to-market model — historically we’ve sold through both direct and indirect channels, and we’re continuing to do that. But the organization and structure of our sales force has changed.

We used to have a much more complex structure to the sales organization. We had people that were focused on what you might call a named list of enterprise accounts, and then we had other reps that were focused on a broader list of accounts more aimed at the mid-market. But all of the reps would sell both direct and indirect. And then to confuse it even further, we had some specialist sales teams that focused on specific products. There was a lot of associated overhead to make this work, as well as inconsistent comp plans. There were a lot of inefficiencies in the overall structure.

We’ve greatly simplified it. There are no longer specialist sales teams. The enterprise teams will primarily be selling directly, and occasionally with a partner if there’s a good reason to do that. Then there’s a separate group of sales reps who are primarily selling and supporting the efforts of our resellers. Occasionally, if they have a legacy account in their customer list, they may sell directly to them, but they’re primarily indirect. It’s going to be a much purer and simplified model of direct and indirect sales across all products.

What are your biggest challenges right now?

I think the biggest challenge we continue to have is, how do we increase our awareness? How do we get people to stop thinking about Kofax as a capture company? It’s not easy to change the world’s view of Kofax, and that’s going to take a lot of effort and some time.

But I think we now have the messaging to do that. We live in a different world today — you’ve got to continually deliver a consistent message on a repeated basis, not only with your customers and your prospects, but also with your employees. You’ve got to be in front of them all the time convincing them that you’re the right thing to spend time and money on.

We want to help our customers start transforming their businesses to the way they want to run them three, four or five years from now. And doing that under an umbrella of what we call intelligent automation. We’re building a single integrated platform that you can develop, deploy, maintain and administer all at once, which provides a higher return on investment for our customers.

We are unique in the markets we serve because we have all the intellectual property under our ownership. And we’ve made the investments necessary to pull it together into a single, integrated platform.

OpenText for example, has almost the same solutions that we have, with the exception of robotic process automation because they haven’t made an acquisition in this area. The difference is that their products are all totally independent and they have to be loosely integrated with one another. That means that each product needs to be developed, deployed, maintained, administered and scaled. And that’s a lot. It works, but it’s a lot more expensive, and a lot more time consuming, and provides a lower return on investment.

You and I have had this ongoing conversation over the last five years, and every single time it’s about reinvention.

I was reflecting on that, and if you go back and you look at the number of times that we have more or less reinvented Kofax since I got here 10 years ago, it’s unbelievable.

The reality is that these markets are constantly evolving and changing. If you just stay where you are, you’re going to perish.

And it’s interesting you would say that because the whole concept of workflow is new again. If you go back maybe 15, 20 years ago, people used to talk about workflow. Then workflow disappeared and it was all about BPM. People have started talking about workflow again.

Well, considering that this interview is appearing in Workflow magazine, I feel pretty good about that! 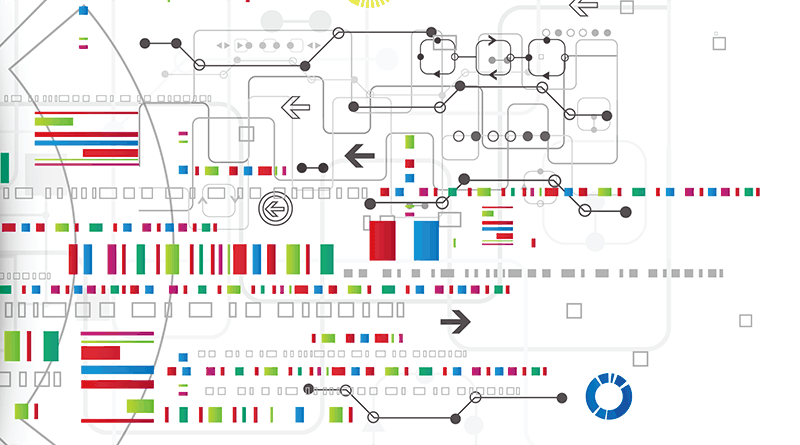 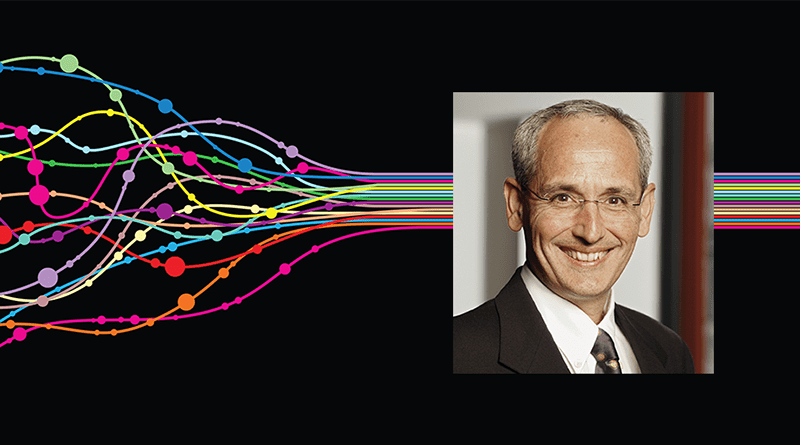 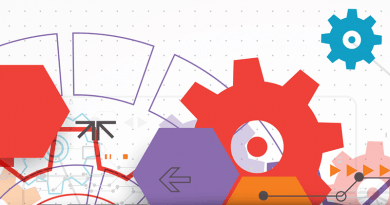 The Future of Document Automation Workflow for Vertical Market Applications