Automating the most repetitive and low value-add tasks is one of the fundamentals of robotic process automation (RPA). Some criticize the practice, arguing that it strips jobs away from human workers.

On the contrary, RPA increases the value of jobs by greatly increasing productivity and allowing employees to further develop their skills. But it remains a first step towards greater intelligence and increased profitability for organizations.

Since the dawn of time, humans have constantly searched for progress in efficiency and speed. It began with simple tools, progressed to industrialization, and has now reached automation. That said, automation — commonly referred to as “robotization” — is still a long way from widespread adoption in the “digital economy” of the 21st century.

While it is obviously impossible to mention the hundreds of thousands of significant advances that have marked the history of humanity, all of them have one thing in common: the desire to ease the burden of most repetitive tasks, or those with limited added value, in order to concentrate teams on actions that are more rewarding.

One example that illustrates the success of robotization is automatic teller machines (ATMs). ATMs give customers the ability to withdraw money wherever and whenever they want. Banking agents spend less time counting and distributing money, and more time listening to and advising customers and selling banking products and services.

Like ATMs, robotic process automation took a few years to gain the confidence of observers. Companies became more interested in RPA as they realized the opportunity it offered to assign their teams more interesting and rewarding tasks while also improving productivity, revenue and margins. For employees, the implementation of such automated processes allows them to improve their skills through new assignments or by focusing on skills they can develop further, thus improving their employability.

At this stage, however, the reality is that RPA is limited to certain specific business processes. Even in a customer-oriented economy, the most efficient automation is undoubtedly a global device that brings together data, documents, people, systems and knowledge and is so streamlined that automation itself essentially disappears behind its own result.

The problem many organizations face today is RPA’s inability to address large and complex issues. As it stands, most RPA solutions are limited by their functionalities, difficulties interfacing with the rest of the information system, or by their pricing terms. As a result, RPA is limited to projects that are smaller in scope.

To truly embrace the end-to-end customer experience, digitalization and, ultimately, the optimization of business performance, organizations must be able to deploy RPA on a large scale, across most of their administrative and business processes. In other words, organizations need to move from the creation of individual “robots” to the construction of a real transversal team of “digital collaborators” who, in addition to supporting as many repetitive or limited value-added internal processes as possible, also gain interest through intelligence and self-learning capabilities. Moving RPA toward more complete intelligence and developing it into a larger-scale product will drive long-term profitability and employee satisfaction.

In his role as Chief Strategy Officer for Kofax, Chris Huff develops and drives the company’s strategic initiatives to become the premier provider of Cognitive Automation, ensuring better alignment and execution across all functional areas. A thought-leader and recognized expert in the field, Chris was most recently with Deloitte Consulting’s U.S. Public Sector Robotics and Cognitive Automation practice which he led during RPA’s emergence. He previously spent two decades in senior financial management roles at several federal government agencies. Chris earned a Bachelor of Science degree at Columbia College and holds a Master’s in Business Administration from Webster University.

Kofax Announces the Closing of its Acquisition of Nuance Document Imaging 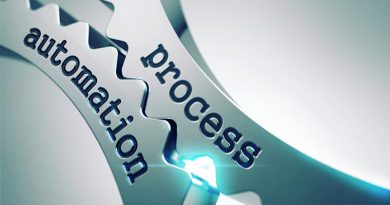