Ever had a digitization project go off the rails and wondered what you might have done to lead the change more effectively? Good leaders self-evaluate and always look for better ways of accomplishing tasks—especially when projects don’t turn out as planned. Unfortunately, only 39 percent of all IT projects succeed (delivered on-time, on budget, and with the required features and functions.)[1] Clearly, effective leaders are needed now more than ever as the pace of organizational change continues to increase.

So what leadership skills are critical to improving our ability to guide imaging and business process automation projects? It all starts with building trust among team members, which requires the leader to manage people individually. Overall, project success can also be enhanced by improving your ability to clearly define and communicate the project vision.

The Importance of Trust

Leadership guru Patrick Lencioni says that trust is the confidence among team members that their peers’ intentions are good and there is no reason to be protective or careful in the group.[2] In order to lead change meaningfully, you must foster an environment of trust, which requires getting comfortable with allowing people to express themselves.

This may sound silly, but not all resistance is “bad.” Sometimes staff have information you may not be aware of that causes them to question the change you’re trying to implement. Try to listen and ask questions more than you talk when discussing these misunderstandings. “People also resist change when they do not understand its implications and perceive that it might cost them much more than they will gain. Such situations often occur when trust is lacking between the person initiating the change and the employees.”[3] In this scenario, even a change that is assumed to be positive for employees, may be resisted. Your strategy should be to surface misunderstandings as soon as they occur, recognizing that you may learn something when you do.

It can be tempting to treat all employees to the same leadership interactions as part of preparing a group for change and then guiding them as the change occurs. However, individual needs are different. (see the first article in this series “The Faces of Resistance,” for a breakdown of five typical faces of change: Positive Patrick; Uncertain Ursula; Neutral Norman; Resistant Rick and Angry Angela). Instead, consider each individual and tailor your efforts so that you are leading in a way that allows others to follow. To lead meaningfully, you must be aware of the emotional reactions of each team member and be willing to adjust your style (and even get a little uncomfortable at times) to help others embrace the change successfully. Consider when to use the following common change-management strategies.

All employees should receive information about the change, what to expect, and the benefits that are anticipated. However, some need to receive this information one-on-one to believe that the change will be positive for them personally. If you’ve got staff who are uncertain about the change (Ursulas) or who are quietly refusing to comply (Normans), you need to meet with them personally to discuss what changes they are seeing and their concerns, and to mutually identify some personal benefits that will keep them motivated.

Participation is a tool commonly used by change leaders, because “… participation leads to commitment, not merely compliance.”[4] However, participation works best for certain resistance personalities. Positive, change-friendly personalities, like Patrick, and those who may resist by ignoring training efforts (Ricks) should be targeted for participation in decisions. Also, those who resist by habit regardless of the type of change (Angelas), can be targeted for participation in defining system requirements. If identified at the outset of the project and enlisted to help define the change, Angelas can become strong supporters and even team leaders over time.

One-on-one conversations are especially important for two change personalities: Ursula and Rick. Ursula needs to understand (and then see) personal benefits from the change to tip her over to supporter from her typical uncertain role, and Rick needs to talk himself out defending the old way of doing things before he will be able to hear the reasons why the change is important. Often when confronted with the logic of why the change is needed, Rick will come around.

If conducted by untrusted vendors or other strangers, training will fail. Your best approach is to make your Patricks and Normans system super users and trainers. Having one of their own team members demonstrating the value of the new system acts as a subtle reminder to everyone else that the change will happen regardless of resistance. It is also evidence that other members of the team can make the change, quietly demonstrating the ability of all team members to participate. This is especially true if your Norman was seen by the rest of the team to resist the change early, but he is now embracing the new digital processes.

For incentives to work, you should be specific about the behaviors you need people to exhibit and reward individually. Set personal milestones customized to the individual. For example, you may want to reward an Angry Angela with a few hours of free time to work on a pet project if she can demonstrate basic knowledge of how to scan, index, and retrieve information important to her job, whereas a Positive Patrick receives recognition as Employee of the Month for his help in training other teammates during implementation. Just make sure you consider what benefit will be attractive for each individual, recognizing that we’re not all motivated by the same things.

Who builds a theme park in a swamp? Walt Disney, of course! When he began construction on Walt Disney World in Florida, Disney wanted the iconic princess castle of the Magic Kingdom, the centerpiece of the park, to be built first. His advisors disagreed, saying that the surrounding swamps filled with alligators and snakes would deter visitors, and they would do better to begin somewhere else and work their way in. Disney knew better; he understood the powerful vision engendered in those castle turrets, and he knew that visitors would cross virtually any obstacle to be a part of the “magic” they represented. More than 45 years later, we see the evidence of his wisdom in the success of the entire Disney empire.

To lead meaningfully, you too must identify and clearly articulate your vision, and that vision should inspire, not just motivate. Perhaps the vision for your digital workflow project is the prospect of newly cleared file rooms being converted to offices for staff; a simpler, cleaner workspace reducing employee stress and overtime; or the promise of a percentage of the money saved by the organization being turned into bonuses for the employees involved. Carefully consider your circumstances and personnel and choose something specific to communicate the paper-free vision that keeps your team motivated throughout the change.

Get Creative and Have Fun!

Mary Kay Ash, the founder of Mary Kay Cosmetics, is famous for saying, “The speed of the leader is the speed of the gang.” Perhaps the most meaningful thing any change leader can do is to lead the team in enthusiasm, positivity and energy. For example, a willingness to have some fun spreads bountiful rewards by boosting team morale. Judy Bicking (former global director of Johnson & Johnson Shared Services) encountered staff resistance when implementing scanning and imaging workflow that led to rebellious behaviors. She chose to handle the challenge in an unexpected, yet effective way.

Bicking led the conversion from an AP mainframe system that generated greenbar paper reports to an automated AP process. The organization would scan paper invoices as they arrived and then use the digital images of the invoices to reconcile against purchase information and to complete approvals for payment. Bicking had explained the benefits to her staff at the beginning of the project, and felt that most were ready to engage with the conversion from paper to digital.

As the project went live, some staff became frustrated as they tried to work in the new computer-based system. Bicking continued to reinforce the incentives and benefits of the new way of doing things, but noticed a change in staff behavior. More and more of her staff began arriving for work very early in the morning. As Bicking investigated, she realized her personnel were beginning their days by printing a stack of digital invoices using the Print Screen keys on their computer keyboards, and then following older paper-based processes for data entry — effectively negating the benefits the organization hoped to achieve from the conversion.

Faced with this challenge, Bicking had many options for how to respond. She commented, “As a leader, I felt torn between concern for staff who were struggling to adapt to the digital system and the importance of achieving this goal for corporate health and sustainability. Ultimately, I found a way to address the challenge that was sensitive to both needs.” She chose to lead meaningfully.

Bicking arrived at the office even earlier than her now morning-oriented staff, and popped the Print Screen keys off of all of the keyboards, and she left a small bag on each desk with a Tylenol tablet taped to a paper that said “For emergencies,” a candy bar for energy, and a balloon that was to be blown up upon successful conversion to the new system. She followed up with a conversation with staff as they arrived to discover their “workaround” had been thwarted. Everyone laughed about her actions, had a safe place to admit their resistance, and then came to an agreement on the importance of embracing the change. “That day was a turning point for everyone,” Bicking said. “They knew I meant business and would not be reversing the change, but they also felt supported as they struggled to adapt.”

The leader has a significant role to play in any change initiative. To lead meaningfully and effectively, consider ways to foster trust across the team; choose leadership strategies carefully suited to individuals; and identify a clear and inspiring vision that keeps the team motivated to participate and to be successful.

This is the third in a multi-part series on leading change. Look for additional articles on personal resistance profiles and simple processes that increase the likelihood of successful projects. 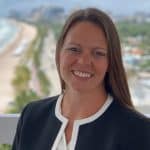 Step Toward a ‘Less-Paper’ Office With Transaction Capture

Scanning: The Foundation of Automation