I love a good dose of irony. While I was finalizing the September issue of Workflow with “Automation and Innovation” as its central theme I was texting with a friend of mine whose daughter was starting high school the next day. Among her many concerns and issues was the fact that there were approximately 5 million paper forms that needed to be filled out manually, and sent back physically. Many of them required a paper check to be attached. Since this is a professional publication I cannot quote her verbatim, but to voice the gist of her issues, “Why in the world are these forms not online, and why can’t I pay electronically?”

Then, in another dose of irony, this blog, which was scheduled to be posted Sept. 1 along with the September issue, was delayed because I had an appointment with the eye doctor that ran long. I filled out a paper form in the waiting room indicating medical history, issues with my eyes, etc. Then while I sat in the exam room with the doctor I watched her transcribe those answers from the paper into the computer. It’s fortunate doctors don’t charge by the hour — but I kept looking at my watch and thinking not just that there must be a better way, but that there is a better way, so why aren’t you using it? But of course I know the answer to that. As Michael Miller points out in his article, there are any number of roadblocks for businesses and institutions when it comes to implementing a full automation solution.

Do I suffer the curse of the overly informed, though? My expectations may be a little higher than those of someone who has not just gone to press with a magazine devoted to automated workflow solutions. But the truth is that the world we live in today has provided most of us with certain expectations for automation, even on the most basic level. Perhaps we don’t all operate in an environment where  Robotic Process Automation (RPA) is the norm, as discussed in Tanvir Khan’s article. But I think in the year 2015 we have some reasonable expectations for automation in day-to-day activities.

Obviously, checks and financial services in general are an excellent example of the most basic level of automation we have come to expect. We expect to be able to make payments electronically. If we must pay for something by check, an e-check is preferable, and even better is setting up an automated check payment once a month.

Another area that has been a natural target for automation is email. In general, automation in this area has been created and implemented by the user. We create Outlook rules for messages that look for keywords and move them to different folders. But Outlook 2016, which was released for Mac a few months ago, takes it a step further with its Clutter feature. Clutter moves emails to a low-priority inbox (called Clutter) based on emails you have been less likely to click on in the past. It’s surprisingly effective. Unlike Junk and many spam filters I’ve used in the past that seem bound and determined to classify only important messages as spam, Clutter seems to get me. I can take a quick look through my Clutter box and say, yep, I don’t need to read any of these.

Is this true automation, though? On a consumer level, or even a small-business level, yes. And certainly the consumer level is not to be discounted when it comes to automating technology. Even if automation’s true purpose is to drive business productivity, in many cases the consumer must be engaged to fully complete the circle. What happens to my friend’s forms when they get back to her daughter’s school? I doubt they’re being scanned by an OCR program. Wouldn’t an enormous amount of time be saved on the part of a school district employee, and likely, eventually, money on the part of the school district? (Read Ted Ardelean’s article for some good examples of cost savings driven by automation).

Automation affects everyone, and innovation is key to so many things. This issue is packed full of great articles from experts with many great insights into the subject. I hope you enjoy them.

Is it Time for Your Team to Join the AP Processing Revolution? 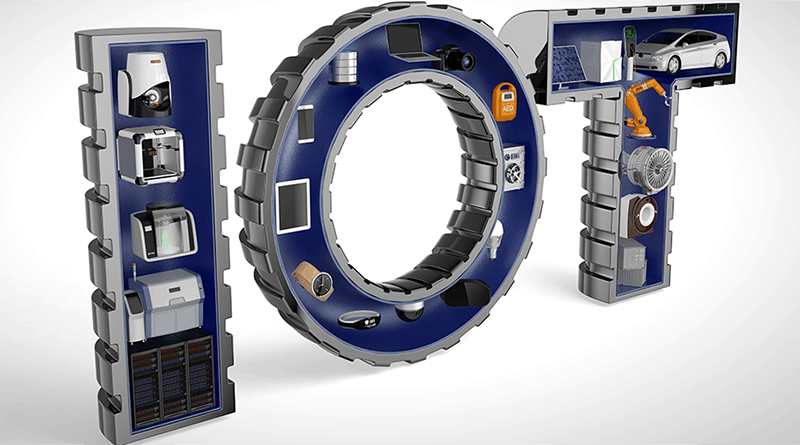 HPE and Intel Team Up, and the IoT Gets Edgy

We Don’t Need No Stinkin’ Security