About 3,000 people, most of the extremely wealthy variety, recently descended on Davos, Switzerland for the World Economic Forum to “build a better version of globalization.” But what will this vision mean for you, your job, your company and society as a whole down the road?

There were titans of industry, government bigwigs, and celebrities from the worlds of academia and entertainment, and many of the sessions were consumed with discussing and dissecting the benefits, limitations and implications of automation, artificial intelligence and machine learning.

What was interesting, at least to The New York Times and several other outlets charged with covering the event, was how most of the presenters and attendees seemed to have a hidden agenda when it came time to discuss the virtues of automation.

Well, if they were trying to hide it, they weren’t successful. On the one hand, corporate executives were projecting deep concern about what automation and AI will mean for workers – the almost certain loss of jobs en masse around the globe – but simultaneously acknowledging that they were embracing all this new technology to “improve efficiency” and “remain competitive” with others in their industries.

Let’s be more direct: it’s about making more money, whatever the human cost. And that’s exactly what capitalists are supposed to be doing. These folks are under incredible pressure to meet shareholder expectations of infinite revenue and profit growth to keep their jobs and, of course, improve shareholder value. As Hyman Roth of “The Godfather” fame put it, this is the business they’ve chosen. If they don’t automate and replace human workers with machines, someone else will.

We can debate the morality of this – and maybe we already are – but this is not new. Clothes used to get washed on rocks in a river. Then we got washboards. Then indoor plumbing and eventually washing machines, and now these washing machines are “smart” and can be monitored and operated from a phone and “talk” to other appliances in your home.

What happens to the displaced workers? If enough of them lose their livelihoods, who is going to be buying these smart washing machines or ordering stuff from Amazon?

A Boston University professor, author and journalist, Ellen Shell, talked about this specifically in a recent Recode Decode podcast, stating, “Now that we can automate some cognition … machines can teach themselves.”

“A machine teaching itself without needing a human to teach it,” she said. “It’s pretty amazing stuff, right? So that changes everything, because what is left for humans? We have to think very carefully about that, and all of us have some ideas. None of the ideas are very good yet.”

Automation advocates say these millions of displaced workers need to develop new skills that are in demand. If technology is ruling the universe and there’s no getting around it, the workforce needs to adjust. But going back to school and getting an engineering degree isn’t easy, costs a lot of money and takes time. And learning to code isn’t a simple answer either. “Learn to code” has become more a stinging rebuke than an offhand piece of career advice, especially when it’s directed at publishers and media types.

“Anything that can be digitized, will be, if it can be done more cheaply and better than a human,” says Shell. “I’m not scared of it. I think we should stop being scared of it. I argue, let’s face reality and deal with it and plan for it, and get technology under our control.”

This isn’t like the transition from a farming economy to the industrial revolution, when physical work became automated. “In the manufacturing era, the brain was still kind of a human thing and we didn’t have AI, we didn’t have machine learning, we didn’t have all those things that we have today, and so our intelligence was what made us human … the cognitive aspect was not really under threat … .”

Where are we now? “Some people call it the Second Machine Age,” says Shell. Or “the Digital Age — there are all different kinds of names for it, all of them are a little not quite right.”

The reason for this disparity is obvious: the tech companies are stocked full of IT-specific positions – the ones who learned to code or to support the mechanism built on the foundation of code. Great jobs to have today, but, as Shell asked, “Do we want to spend money, public funds especially, or have people spend their own hard-earned dollars on learning to code when those opportunities can [now] be easily outsourced?”

The reality is there’s not a lack of computer skills in the young workforce. Every kid knows how to use their cellphone and the associated apps. As Shell explained “There are plenty of people with STEM skills. What social scientists have found just in recent years is kids lack what they call analytic skills. That is not problem-solving, per se, but knowing what problems to solve. … Kids who grow up in privilege have a lot more exposure to that than kids who grow up in poverty. Poor kids start at a very big disadvantage because they haven’t been exposed to choices and decision making. Oftentimes, they’re just told what to do, whereas rich kids are given all sorts of choices and options and problems to solve in their everyday life.”

It’s not all dark though. Professor Shell sees the next generation coming into a new reality. ”They’re not looking back and being nostalgic. They’re looking forward. This is the world they were born into.” I’ve written about the convergence of the physical and the digital worlds in the past, and one of the points brought up is that technology will drive processes that are supported by humans. Perhaps the future is in carving out a place working with technology that follows processes that can be supported by people. 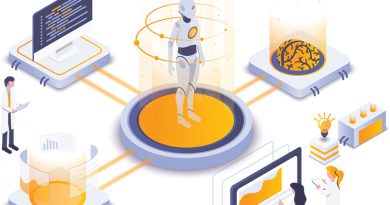 The Future of AI is Today 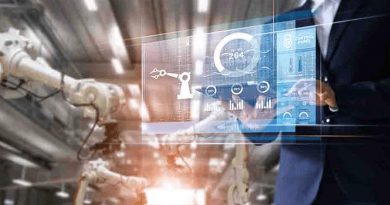 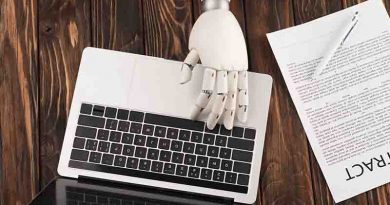 The Fourth Industrial Revolution, Future of Work and the Rise of Content IQ Skills

Contextual AI: The Next Big Trend in Content Management